ALL AVAILABLE TOTES ON SALE NOW!! UNTIL SUPPLIES LAST

Being a migrant is something a huge slice of the world population share, even when the reasons for becoming one are not. It takes a huge desire or need for change to uproot yourself and move to another country, where your customs, the weather and language are different than yours, you look different than most anyone else and even the smallest tasks like pumping gas are not done the way you've learned. Not to mention, leaving family and friends behind... what's familiar to you.

Then why do it? 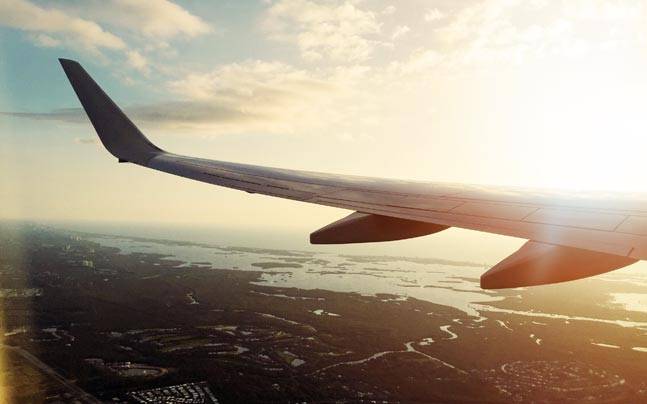 The vast majority of people turned migrants around the world become one for one or more of a series of common reasons that are commonly know as either "Pull" or "Push"; they are derivatives of the status of their country of origin
(prosecution, violence, lack or opportunity, environmental disasters, displacement: Push) or what the destination country has to offer (family reunification, job opportunities, healthcare, peace: Pull).

When I decided to leave Colombia I had just graduated form College; I was young and clueless of what was to come. Too bad (or thank God!) nobody told me about how different it feels to have longer daylight during the Summer (seasons? what's that?, you mean winter isn't just a few days of rain?); or what it's like to scrape ice from a windshield when your gloves are cute but film thin; or that not everybody in the world has the same driving rules as in my country and I had to re-learn how to pump gas...

But judging from my arrival trip alone, why would I be surprised things would be so difficult?

It all started with my mom buying the biggest suitcase know in history for me (not sure why a bag as tall as me would be a more maneuverable solution than two suitcases in rollers but ok!); I arrived at EL Dorado Airport in Bogota, it being the biggest airport I've seen in my life. My traveling budget was $100 and my suitcase was extremely overweight. Back then you didn't google every question you had, and frankly we didn't know the weight of my bag was an issue. So here I am, at this big airport with thousands of people, with my "person size" bag, which was so heavy that my dad broke the handle just bringing it down the stairs of our house, ready to check it. I was of course told with a smirk by the agent that the bag would not pass the weight requirements and that I had to take some things out. With no other bag to switch items to, I was subsequently provided with an empty box to use as an alternative. I proceeded to open my bag and switch shoes, a couple of bags of Colombian coffee (gifts from my parents to my aunts, whom weren't aware that you can buy Colombian coffee in the US) and other items into the box. I'm not sure how I procured some tape but now I was ready to embark. Quite frankly, looking back, I must've looked like the clueless, young migrant I was.

I arrive in NY believing myself as "bilingual", thanks to the 2 years of English tutoring I received when I was 9, not counting on the fact that I had never heard English being spoken by an American, just a Colombian with an accent, and was shocked to realize that I couldn't understand a simple "How are you?". I stayed there for 2 days after which I had eaten, hanged out with an old friend who was living there and was left with $50 to make my way from NYU to Newark airport in New Jersey. Had I had a normal suitcase I could have taken the subway (train) to the airport; with my broken huge bag and box, I barely made it to the door to wait and think on a solution to my transportation dilemma: a taxi to the airport would be more than the $50 I currently had and my plane to Chicago was leaving in 2 1/2 hours. Your know, us young people love the drama of waiting until the last minute to do things!

As I contemplated my options or lack thereof, a young Colombian man I had meet on the plane came out with his suitcase and went to stand next to me. It was evident that he was waiting on a ride and I proceeded to ask him where he was going; "New Jersey" he said, "my aunt is picking me up". My instant answer was " I'm going with you!" to which he replied with an adamant "NO!". No? Who says "No"? Not deterred even a bit, I repeated myself over and over "I'm going with you!" to his continuous "No's", in the hopes to make him understand that he didn't have any say in the matter. You see, he hadn't seen his aunt in years and felt uncomfortable asking her to give me, a total stranger, a ride. Little did he know that this total stranger wouldn't take no for an answer since, in my view, God had sent him to me to help me in my predicament.

When said aunt showed up 10 min later, (in a pick up truck no less!) I immediately put my monstrous suitcase and box (I really think I was missing a chicken to completely nail down the "small town" look!) and followed up by introducing myself as her lovely nephew's friend and asked her for a ride to the airport. What could she say? No? My luggage was already on her truck bed! It is important to point out that said nephew continued to denied that he knew me, but his very rude attempts were drowned by the sound the car door made when I got myself in the car and shut it.

We made it to the airport in the nick of time, after a minor fender bender on the Lincoln Tunnel (thanks to traffic we weren't going fast and the cars weren't damaged) and I finally caught my flight to Chicago. When I arrived, I looked around after I collected my weary looking luggage and didn't see any member of my family waiting for me. I managed to scourge a few quarters and called my aunt. "Where are you?" I asked; "Where are you?" she asked. "What do you mean?" I said. "Which airport are you at?" she chimed. "How many airports are there?" I counter. You see, where I am from, there is only one airport, in which one plane leaves/arrives at a time. Therefore my parents (or me for that matter) didn't think to let my aunt know about my airline, flight number and overall itinerary other to say that "She arrives on Wednesday afternoon".

I looked around and asked a lady in my great-for-Colombia-bad-for-the-US English "What's the name of this airport?"; after inspecting me as the clueless, maybe crazy person I looked like, she said "O'hare". Information on hand, my aunt told me that they had guessed correctly and that I should stay put and wait for them to pick me up.

Thus began my journey into becoming a migrant in a new country which I love, a new culture that embraced me and made me appreciate even more, every day, who I am and where I came from.